We all know that there are some kids in classes who tend to go through school unnoticed. They may be the quiet ones who follow all the rules, and academically they don’t need lots of extra support but aren’t leading the pack, either. They don’t stand out in sports or tell the funniest jokes, but they have so much else to offer. Often, they’re unintentionally overlooked, but sometimes they’re snubbed by their peers. But, they have so much to contribute, if only someone would notice.

In The Invisible Boy, Trudy Ludwig eloquently tells the tale of one of these children, Brian, a child that is invisible to those around him, until his kindness gets the attention of a classmate. Brian’s story starts by being overlooked by even the teacher, not being included in kickball teams (he wasn’t just picked last — he wasn’t picked at all), and listened to all his classmates talk about a birthday party to which he wasn’t invited. Brian feels the weight of these interactions, or lack thereof, but finds joy in drawing. So when Justin, a new student in class, is laughed at for having a different lunch, Brian uses his drawing superpowers to lift up Justin and build the first connections to bridge a new friendship. And as it turns out, just one person and one kind gesture can make a world of different to someone feeling noticed and included.

END_OF_DOCUMENT_TOKEN_TO_BE_REPLACED 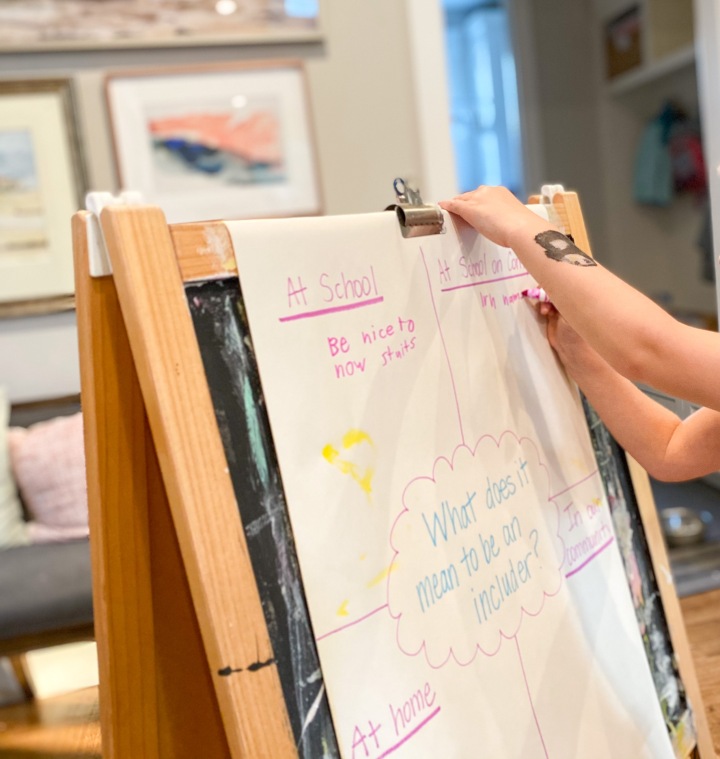 After an amazing summer making the most of no activities for the girls and my husband working remotely (we ended up spending 8 of the 12 weeks traveling, 7 of which were trips to see our extended families!), we’re back home for the long haul and finally getting back into our routines… Including the routine of having a special kickoff night for our Family Focus Traits! So, last night, even though our books about including others have been on our front-facing shelf for a week, we hit the ground running with a special kickoff night to get us thinking about how we can include others! Read on to see which books we read and what we talked about, as well as some conversations we plan to have throughout the rest of the month.

END_OF_DOCUMENT_TOKEN_TO_BE_REPLACED 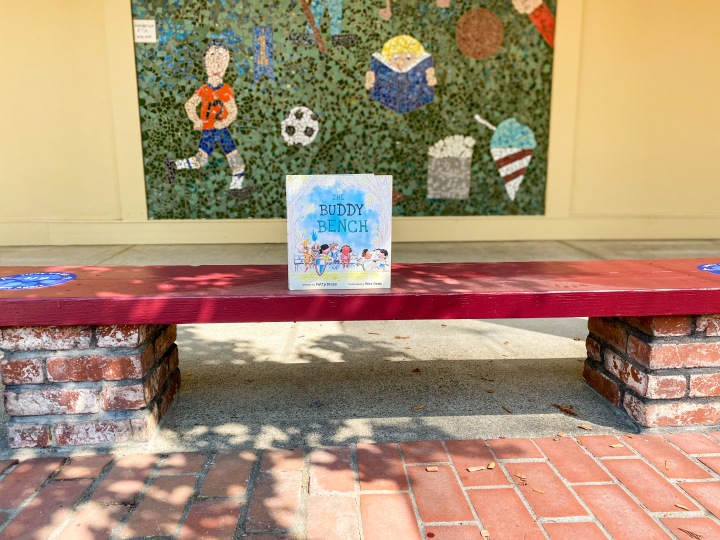 A few months ago, when I first planned to post about The Buddy Bench this week, I hoped more kids would be in school in person… and that those who were going to school in person would have close-to-normal recesses, playing with lots of kids and able to come within 6 feet of each other. Alas, that’s not the case. But, The Buddy Bench is still an important and thought-provoking read, and I believe that even if your children aren’t at school or don’t have normal free time at school, it can have a lasting impact, ensuring that more students feel they belong and are included in the future.

END_OF_DOCUMENT_TOKEN_TO_BE_REPLACED 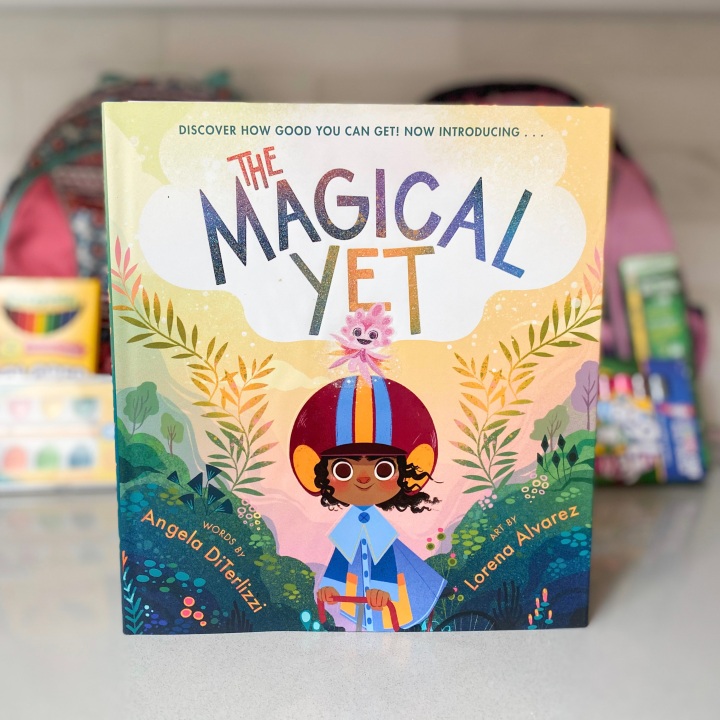 It’s not the start of a new year, but it is the start of a new school year — so let’s talk growth mindset! Last January, I made a huge list of picture books to promote growth mindset, and you all LOVED that list (it’s still one of my most visited posts on my website!). Today, I’ve got a wonderful (relatively) new release to add to that list: The Magical Yet by Angela DiTerlizzi, illustrated by Lorena Alvarez.

END_OF_DOCUMENT_TOKEN_TO_BE_REPLACED

It’s almost September, which for most of the Northern Hemisphere means we’re deep in back-to-school mode. For many of us, that also means we’re deep in the throes of reading with and talking to our children about what kind of person they want to be in school this year. So, when we mapped out our tentative plan of our Family Focus Character Traits for 2020, we knew that we wanted September to be about noticing and including others. In the beginning of a new school year, we hope that our girls can reach out to new students in their classes and make them feel welcome. But, throughout the year, we want them to notice the other students around them, to see which ones are sad, to observe who might be feeling left out, to note who needs an invitation to play.

In short, we want our girls to grow into inclusive members of a community, the kinds of friends and classmates that make others feel welcome, comfortable, and confident. We want them to be includers!

END_OF_DOCUMENT_TOKEN_TO_BE_REPLACED 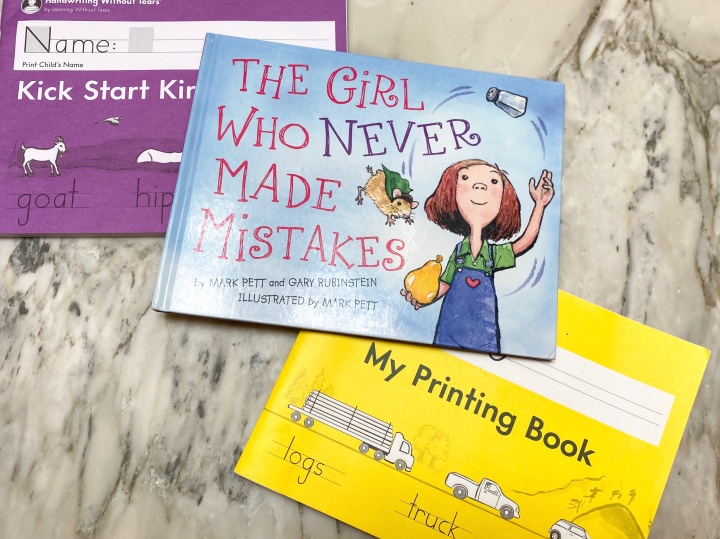 With back-to-school season upon us, though it may look different than ever before, many of us are reading all the school stories with our children and students. We’re reading stories about the first day of school and navigating relationships with other children at school, but how about navigating children’s relationships with themselves? Today, I bring you The Girl Who Never Made Mistakes by Mark Pett and Gary Rubinstein, illustrated by Pett. Whether you’ve got a true perfectionist in your life or not, I encourage you to get your hands on this important book and share it with the children in your life!

END_OF_DOCUMENT_TOKEN_TO_BE_REPLACED

By now, you’ve probably picked up on the fact that we believe our most important job as parents is to help our children grow into kind, positive, and strong members of our community, and one of our favorite tools in this endeavor is children’s literature. So, when the team behind Adventures in Kindness: 52 Awesome Kid Adventures for Building a Better World reached out to see if I’d like to take a look at their book, I gave my standard, “I’ll happily take a look, though I can’t promise to feature it until we’ve received it and read it…” But this time, I figured this would be a book our family would love. And sure enough, we do! Read on to see what Adventures in Kindness, by mother-daughter duo Sophia and Carrie Fox, illustrated by Nichole Wong Forti, is all about!

END_OF_DOCUMENT_TOKEN_TO_BE_REPLACED

A few months ago, I recommended the book The Honest-to-Goodness Truth by Patricia McKissack, illustrated by Gisella Potter. And, I was honestly a bit surprised by how many of you had never read any of McKissack’s works! At the time, I vowed to remedy that, and since our family’s focus this month is on resilience, Goin’ Someplace Special by McKissack, illustrated by Jerry Pinkney, is the perfect McKissack book for you to get to know and love!

END_OF_DOCUMENT_TOKEN_TO_BE_REPLACED 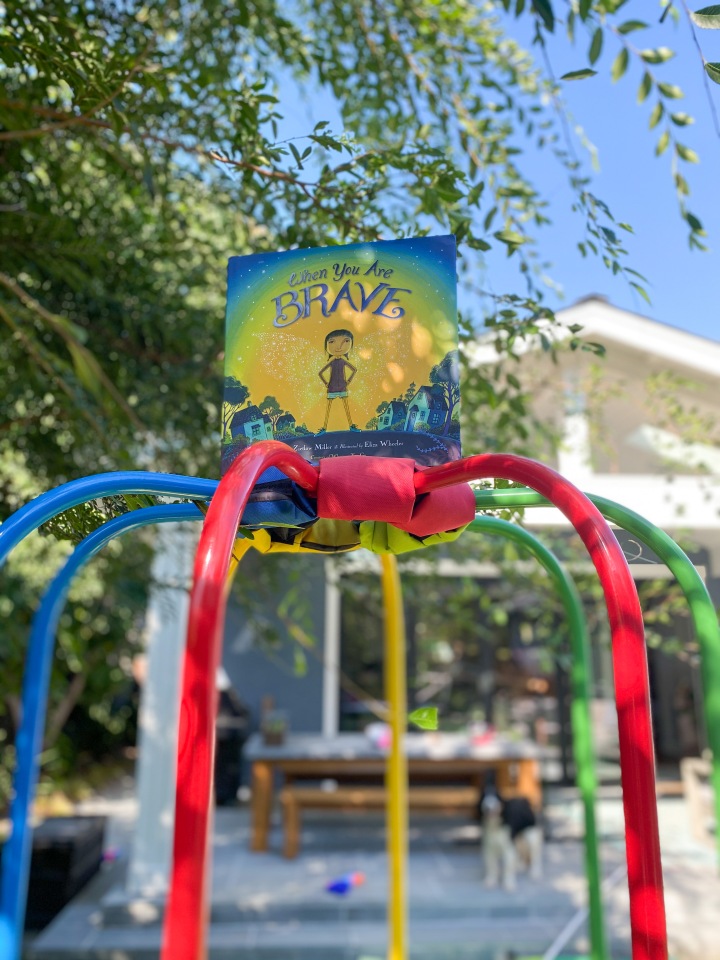 Okay, all, July is almost over, but I’ve got time to squeeze in one more book recommendation from our courage booklist, and you’re definitely going to want to check this one out. I scrambled to buy this book one day last summer, when our older daughter needed a little bravery boost for a summer camp… And we’ve returned to it multiple evenings in times of need, when the thought of what was coming the next day was a little too much to one of our girls. But, we’ve also pulled it out simply for a fun read, because it’s a fantastically written and beautifully illustrated picture book! Read on to see what makes When You Are Brave by Pat Zietlow Miller, illustrated by Eliza Wheeler, so delightful.

END_OF_DOCUMENT_TOKEN_TO_BE_REPLACED 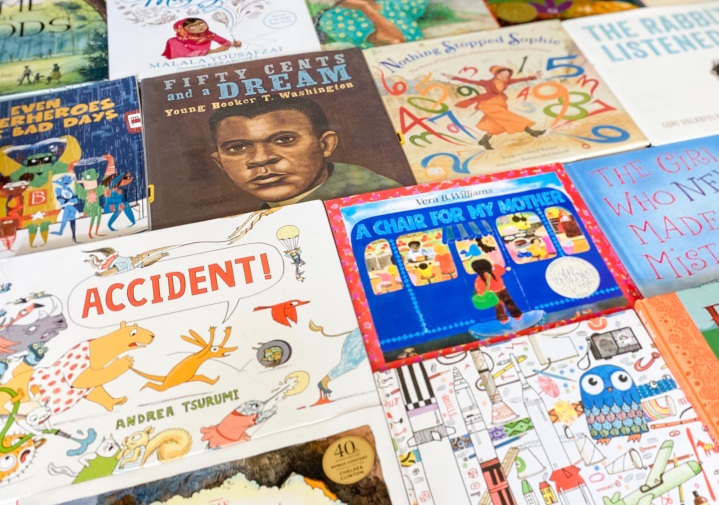 Resilience, or the ability to overcome hardship… Something most of us want our children to develop. We hope they can grow into people who respond positively to adversity, who overcome negative situations, who not only tolerate but learn to embrace imperfection, and who approach challenges with a growth mindset and a willingness to risk multiple attempts, maybe even failing, in order to persevere, learn, and grow. To that end, resilience is our Family Focus Trait for August! Read on for a little insight into research on resilience and child development, and then check out our resilience booklist.

Stick with me for this one...
Though I've had a growing booklist for Black History Month and have a few books about Martin Luther King, Jr. on that list, I had never made a list of books specifically about Martin Luther King, Jr. until a follower asked me for one. Fortunately for us all, many picture books have been written about Dr. King, but the flip side of that is that it can be hard to weed through them all and find the really engaging, interesting, and thoughtful Dr. King biographies for young children.
Fans of Frog and Toad, Elephant and Piggie, Leonardo and Sam, and so many more, rejoice! Elliott Kalan and Andrea Tsurumi (author/illustrator of one of my all-time favorites, Accident) have teamed up to bring us Sharko and Hippo… And I think you’re going to love them!
When we began talking about growth mindset as a family last year, we quickly realized we wanted a concrete way to bring the concept of growth and fixed mindsets to life for the girls. We decided that we'd each set a goal of something we wanted to learn in 2020 and check in with and encourage each other throughout the year as we worked towards those goals. That set-up brought us lots of success, so we decided to revisit it this year (albeit a little more loosely, dropping the "learn" and just making this a goal).
I need your help! If you follow my Instagram stories, you may have noticed that a few things changed for me this fall: first, I began work as a substitute teacher at our girls’ school, hoping to do my part to help make the year a *tiny* bit easier on the teachers and administrators and also help to keep school open for in-person learning a little longer, and then 2) that grew into a part-time job as a teacher’s aide at our wonderful school.
If you’ve been following along for a while, you might remember that last January, our family started a focused, intentional endeavor when we’d read about, talk about, and practice chosen traits that we wanted to foster and strengthen together. You might even remember how we started this Family Focus Trait practice in 2020… With growth mindset!
Loading Comments...